The team’s assignment was to develop a new type of instant online consulting channel to facilitate easier communication with customers in the early phases of elevator modernization. KONE specified a number of features they wished to be incorporated to the platform, but mostly gave us freedom to explore our own ideas.

Based on the brief by KONE as well as our background research, including interviews and benchmarking, we defined three experience goals to guide our design: OWNERSHIP of the process, MUTUAL UNDERSTANDING, and RELATEDNESS.

The outcome of the project is KONE MOD, a low-threshold online portal designed to be used by the various stakeholders in the modernization process. Users can consult with a chatbot or, if necessary, a human expert, either privately or in building-specific chat rooms. This fosters a sense of community and enhances the mutual understanding between the different stakeholders. Users can also review the progress on their modernization case in a section known as My Mod, as well as contribute to the case with a step-by-step site survey of their building’s existing elevator. In addition to providing a sense of ownership, the participatory element lowers the threshold for further interaction with KONE, as some of the work toward modernization has already been done in the early phases. Another section titled the Info Bank contains a feed of example cases and other modernization-related information, which can be viewed globally or filtered to include cases similar to one’s own, which likewise improves understanding of the process. 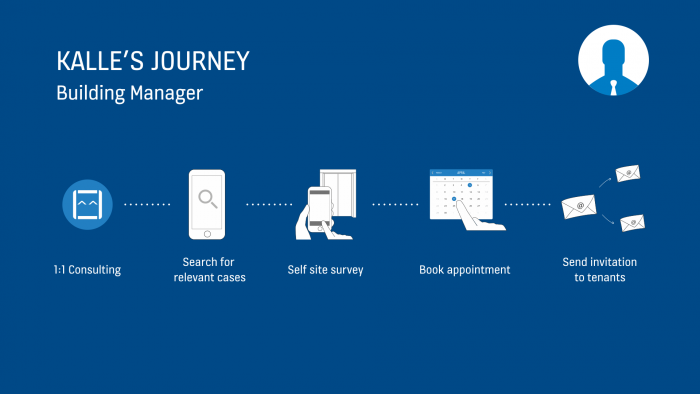 Users are not obligated to choose KONE’s modernization services even if they use KONE MOD, although the service flow is designed to ease the user into becoming a customer. While piloted during the project as a mobile app or app-like website, the concept is meant to be scalable to different platforms and variable to different usage contexts worldwide. 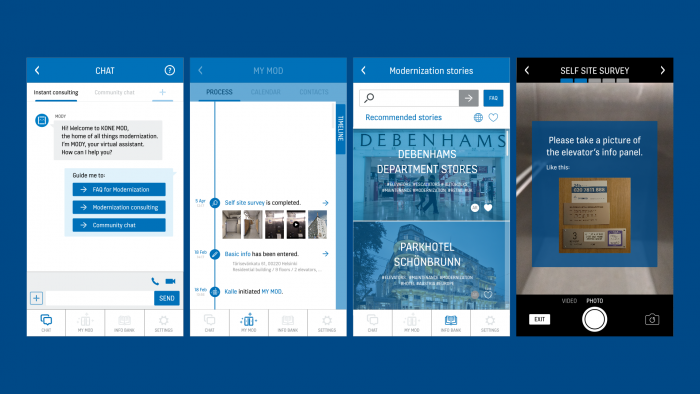 “A great initiative to collaborate with the best young minds in making and learn from their out of the box and game changing ideas.” – KONE