Marta Adamska, one of our bright MEDes exchange students, attended the Dash Hackathon last month and won one of the design tracks with her team! Read on for insights into the project and Marta’s experience.

Dash is the largest design-focused hackathon in Europe. It’s a weekend-long gathering of the brightest young talents under the roof of Startup Sauna in Otaniemi. The main idea of the event is to connect three types of creative mindsets: hipsters, hackers and hustlers, embracing the differences to bring the projects to a whole new level.

This year’s challenges included a wide spectrum of topics such as: “Insects for masses”, “Game Design”, “Hack the healthcare”, “Hack the job” and “Reimagining academic space.”

The first time I came across the DASH was after joining the Aaltoes (Aalto Entrepreneurship Society) in September. I got familiar with some of the projects they were running at that time and one of them happened to be the DASH. In fact, hackathons have always been something mysterious that I heard about mostly from my tech-oriented friends. And to be honest, I was always a bit jealous of them already having this experience, so when I heard about DASH, I literally grabbed my laptop in one second and signed up!

I chose Fazer’s “Insects for masses” challenge, since I’ve seen a huge unleashed potential for creating innovative and ground-breaking ways to influence people’s mindsets. Nutrition became one of the “hottest” topics during the last few years. And no wonder: for instance, it takes 20,000 litres of water to produce 1 kg of beef, which undoubtedly has a massive impact on the environment, which triggers people to look for some more sustainable alternatives.

That’s when insects came up on stage. Just through conducting a primary research we managed to collect quite a few insights. We found out that even though people were aware of the nutritious values of insect-based foods, yet they struggled to overcome the feeling of disgust. That is also a result of the evident lack of a trustful source of information that would certainly help people to accept insects-based foods as an alternative. I feel like this challenge of overcoming negative stigma and “rewire people’s mindsets” became one of the crucial decision points for me. 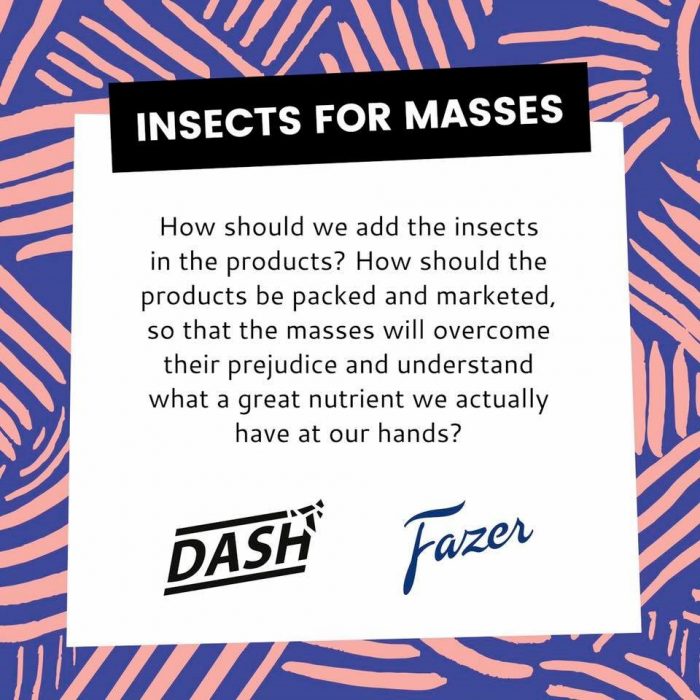 Let’s face the truth – intense work with a group of people you just met – it’s challenging. It requires leaving your ego behind and focusing on the common goal. Our team members were randomly selected by the DASH team, some of us met before but none of us ever worked together. And I must admit that the organizers did a really good job, since they managed to bring together like-minded individuals (which certainly helped us to avoid all potential disagreements) with lots of expertise in different fields of design (industrial, UX, service, graphics and spatial). 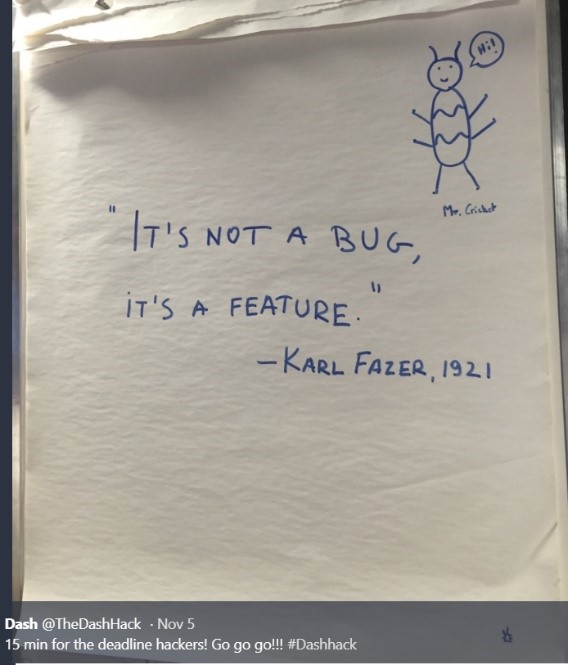 It all started with one of the team members saying: “I was about 3 years old the first time I tasted ants and I liked it, they tasted like lemon”, and I bet that every each of us tried (and most probably even enjoyed) bugs at least once in life. But have you ever thought what made you stop? Was it by any chance the “YUCK” feeling? 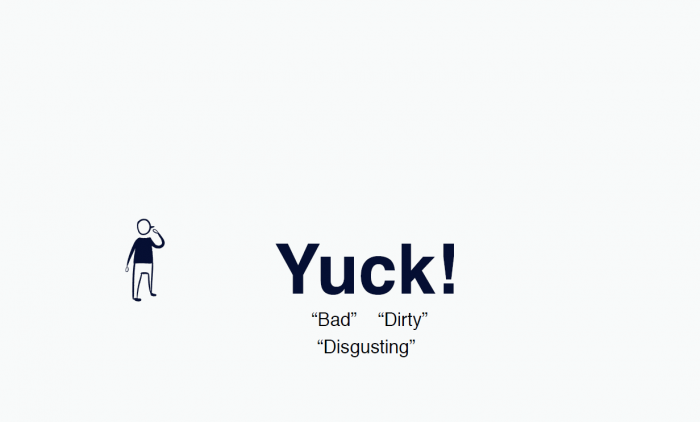 If your answer happened to be positive, you are not the only one. Actually, there are plenty of people that are infected with this “YUCK” bug. That is why we decided to challenge the above mentioned YUCK: 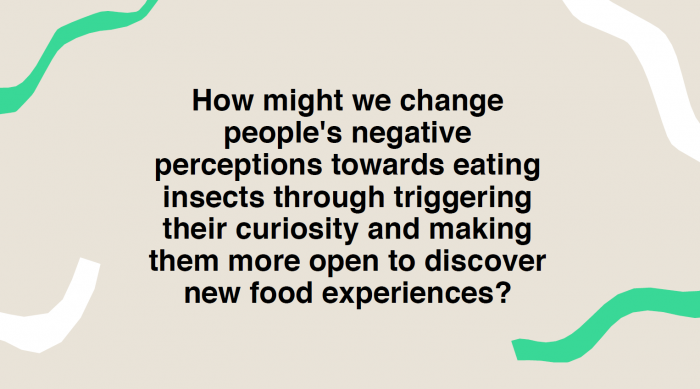 How to enhance the “why not” instead of “why should I”? 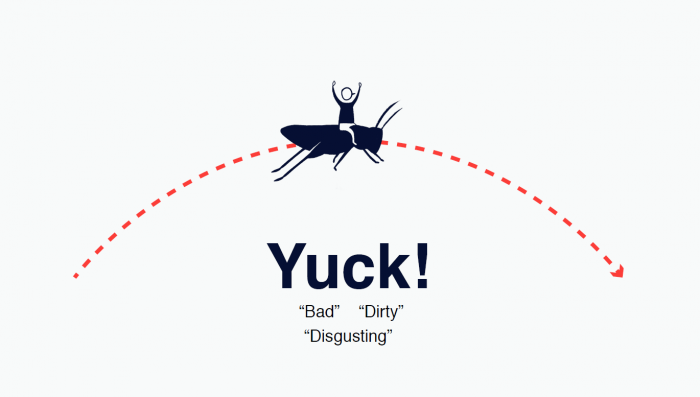 Our final product “Strange things inside” was an outcome of hours of hard work and good fun.

The idea behind STI was to trigger people’s curiosity to challenge them to get over their fears with irony and humour. That is not about giving up anything but gaining new exciting experiences.

By looking closely at Fazer’s products, we discovered a big market potential in crackers! As simple as it sounds, crackers are one of the most sociable snacks that can be enjoyed in many different ways.

At the party, as an ice-breaker to trigger new conversations.

At the office, as a healthy and nutritious snack and a way to bring positive change to the community. 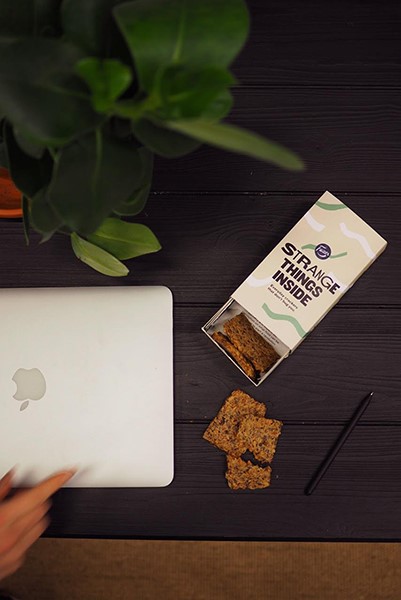 We envisioned our product as being a part of everyday life. It was created with the idea of sharing and enjoying it both solo and with friends, which provides a great opportunity for the product to expand in the community of adventurous food lovers, not to forget to mention what a nutritious source of proteins it is.

By opening the Strange Things Inside box customers join a community that they can be part of by using the #doesntbugme and sharing pictures of insects-based food. 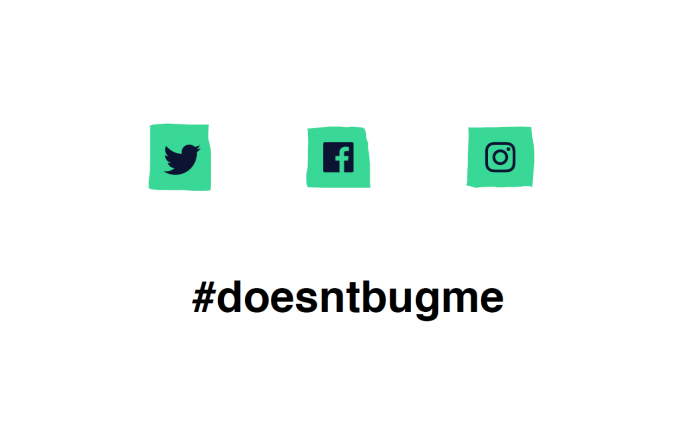 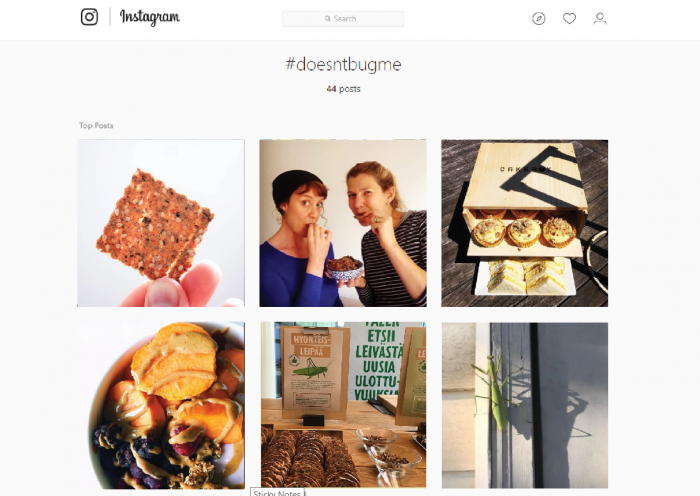 Our goal was to trigger people’s curiosity to try out the new food experience, by designing a clever and playful packaging and at the same time avoiding to overwhelm them with too many “boring facts”. What’s on the box is only the first part of the interaction with the product. The real gem is hidden inside in the form of infographics and fun facts about insects and insects-based foods. 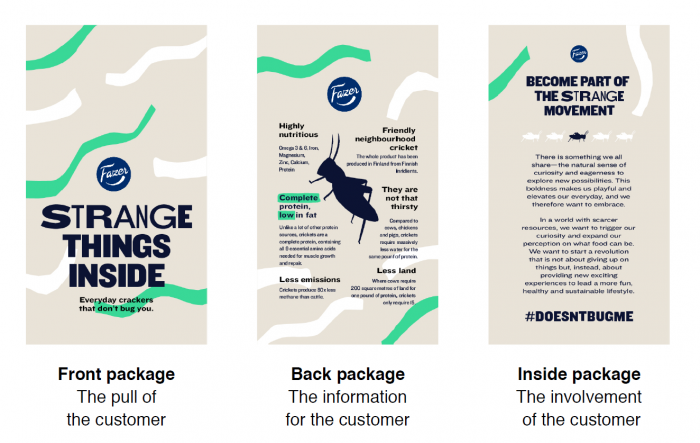 Our decision of adding insects to the crackers in a form of flour came from the research, which proved that people are keener on trying insects when they can’t see them in their food.

Talking about the marketing and product launch strategy, from the market research report we found out that 80 % of the decisions that customers make are made in the retail store! That is why we decided to put something outstanding out there. A stand that triggers curiosity and invited to explore what’s inside. 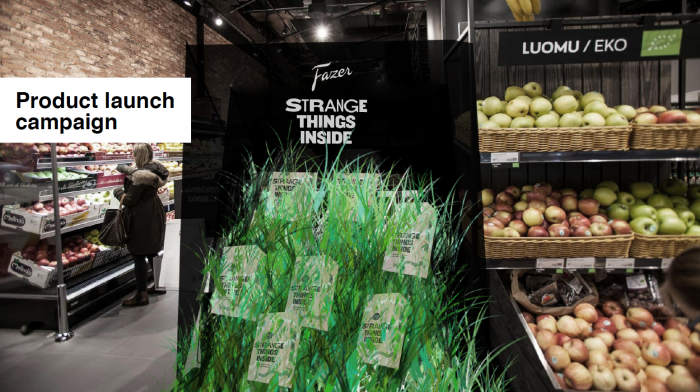 Another idea involves creating so called “Cabinet of curiosity” – an alternative way of showcasing the product inspired by butterflies display cases.

Definitely the day of final presentations, listening to all of the pitches and watching what people managed to create during this weekend was really inspiring and rewarding. In overall, I enjoyed every second of this event. 😊

Although I felt quite confident at the beginning, I very quickly realized that I underestimated one factor that made it way more complex than I predicted – the time. Hackathons are fast and unpredictable, they push you to your own limits and require quick decision making. I have never done any project in such a short time! All the steps that normally would take days or even weeks had to be condensed into hours. Even though we planned everything ahead and followed the ‘double diamond’ method by collecting important research materials first and step by step creating a final solution, we still ended up editing the video at the last 5 minutes before the deadline. In normal life, scenario one could be called poor time management, but not during the hackathon.

To be honest, there were quite a few ups and downs during the whole process, but luckily there was always someone in the team that would bring some positive energy and motivate the rest, so my first advice is: keep on going! Even when you feel like you can’t push yourself anymore. Remember that after all it is a challenge, it is supposed to be hard, and I can guarantee that at the end you will feel like you got so far out of your comfort zone that you won’t even know and want to get back.

Looking back at the whole experience, I can honestly say that I learned a lot, not only about the topic itself but also about the value of real teamwork.

Check out our final video that we made during the hackathon.  😊