RinKinChin is an intriguing personal project by Miro Virta, who made it all about creating digital sounds and connecting to these sounds. If you are curious to see and hear RinKinChin in action, scroll down to the video demonstration. 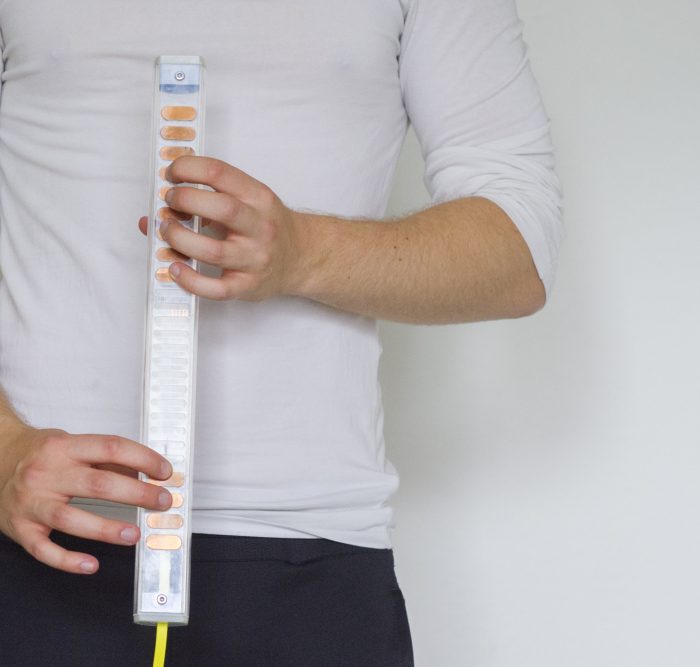 The starting point for this project was my personal feeling of disconnection when playing digital instruments compared to traditional, analog instruments. To explore this, I broke the concept of musical instruments into two parts: input and output. 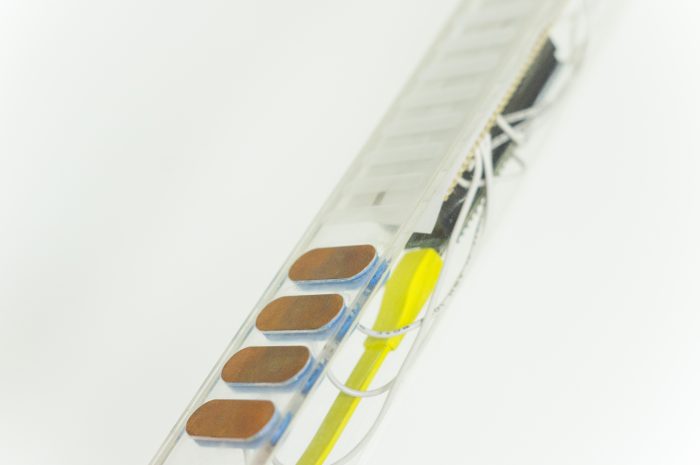 As such, my original plan was to create an instrument that would provide haptic feedback to the player, but when the project progressed further, I realised that given the time constraints this would be an impossible task considering my skillset and ability to learn new skills required to create a convincing tactile engine. As such, I changed the scope of the project to just include the user input side of the interface and leave the feedback to a later stage. 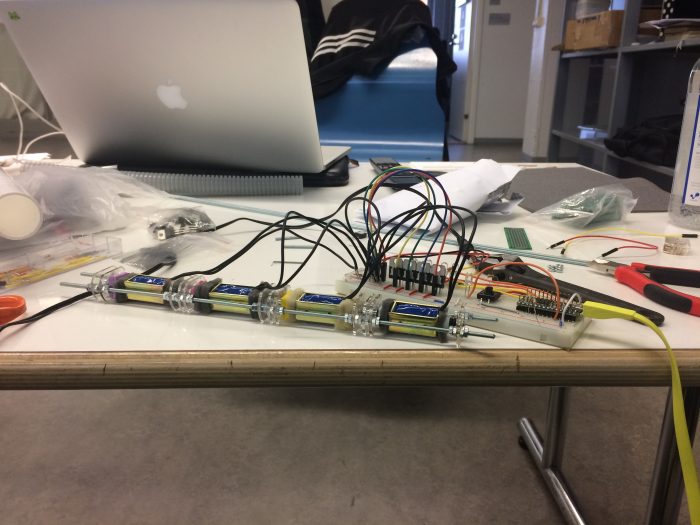 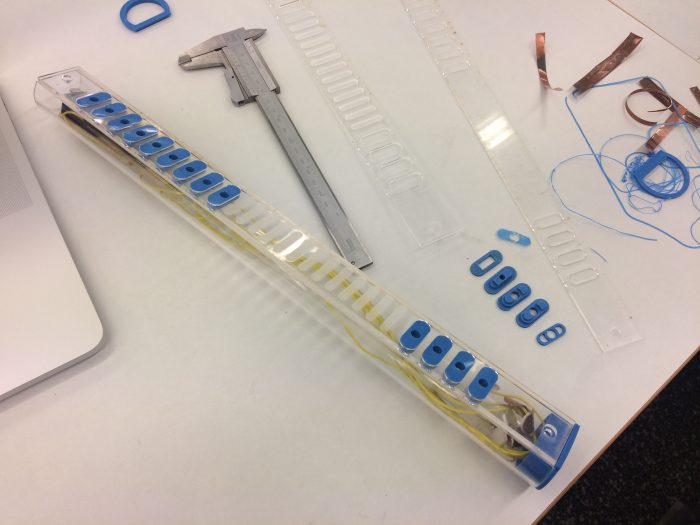 I experimented with a Teensy development board and decided to let the prototyping process mould my project and go through a so-called design-through-prototyping process. During the process I learnt a lot about electronics and managed to create a fully functional prototype in the end.

The end result is a fully functional MIDI controller that can be used to control MIDI instruments through USB. It uses copper touch surfaces to sense touch and a 9-axis motion sensor to detect movement. With these two inputs the user can create rich and vivid sounds.