Once again this time of the year, thousands of visitors were attracted to beautiful Italy for the Milan Design Week. Among them were Tuomas, Ting-Jhen and Yuze from CoID, who now share their personal highlights of the fair with you. 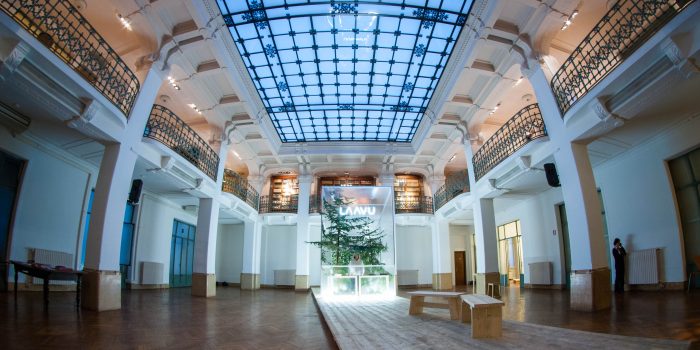 “Everything was new for me – Italy, Milan, the Design Week. Most of my time was spent at the Nakuna exhibition where I was taking care of LOUD, the Bang & Olufsen collaboration project from last year. It was an exciting opportunity to show off our work to public in a place like that and we received very encouraging feedback. And building the exhibition with the NAKUNA was a fun experience.” 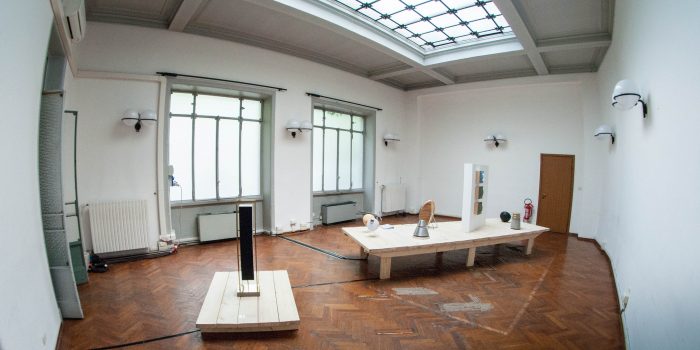 “But there was also time to look around. Salone del Mobile was something that should be experienced at least once, if only for the sheer scale of it. Salone Satellite was a must, as works from students and other young designers were presented there. The city centre, where NAKUNA was located, also had a lot of things to see. Compared to the fair, walking around there it’s a lot more relaxed and flexible way to experience the Design Week, with smaller events and exhibitions opening up beautiful buildings and courtyards for everyone to see.” 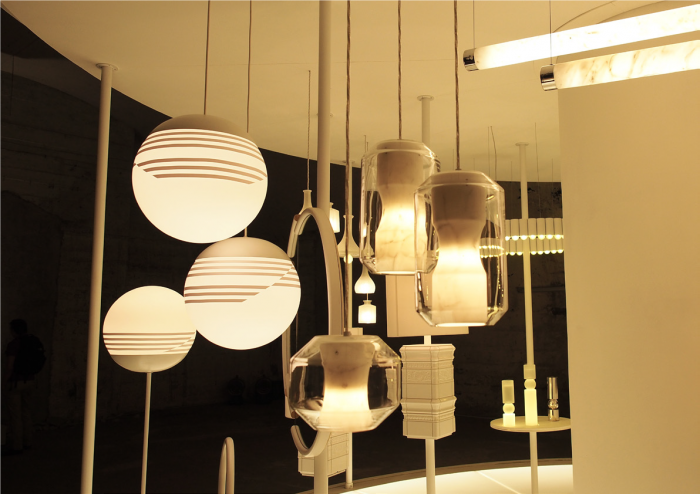 “As it was my first time to visit Milan Design Week, I followed the brochure and website to select where to go within the exhibition. In the Ventura Centrale, one of the most impressive ones was the Time Machine, where over thirty pieces from furniture, lighting and accessories were presented. Lee Broom, the British designer, demonstrated his works by setting them on a fairground carousel moving 360 degrees from the memory of his childhood. The exhibition contains various elements from sound, movement, and illumination giving various stimulation, feeding all the senses for the audience. 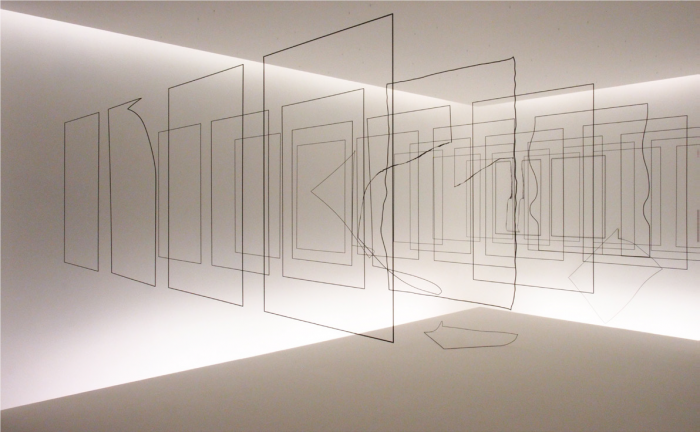 “First, I want to mention the Invisible Outlines by nendo, who broke the way of how we saw objects before; the inside, outside, was not following the outlines anymore. A new definition of objects was given by the designer as well as a new perspective of distinguishing items. Viewing each subject from different angles was interesting and a great source for a variety of new thoughts. When following the “new outlines,” the viewer seems to be in another fresh world.” 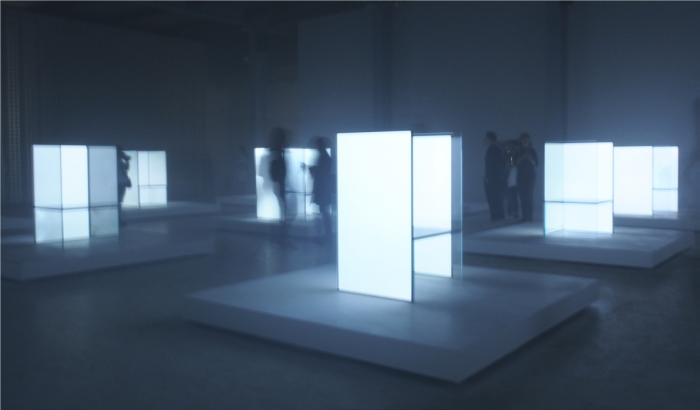 “Second, the Senses of the Future by LG and Tokujin Yoshioka was an exhibition that illustrated a view of new material which reminded me of a project we created in the Product Architecture Design course last year, together with a transparent-displays company. Not only was the way how the material was utilized shown, but through the installation the public was also able to feel the material. More than that, the exhibition was filled with light and sound interaction for the visitors. New technology and materials are sometimes far from public and everyday life, but through the design, it comes into our life.” 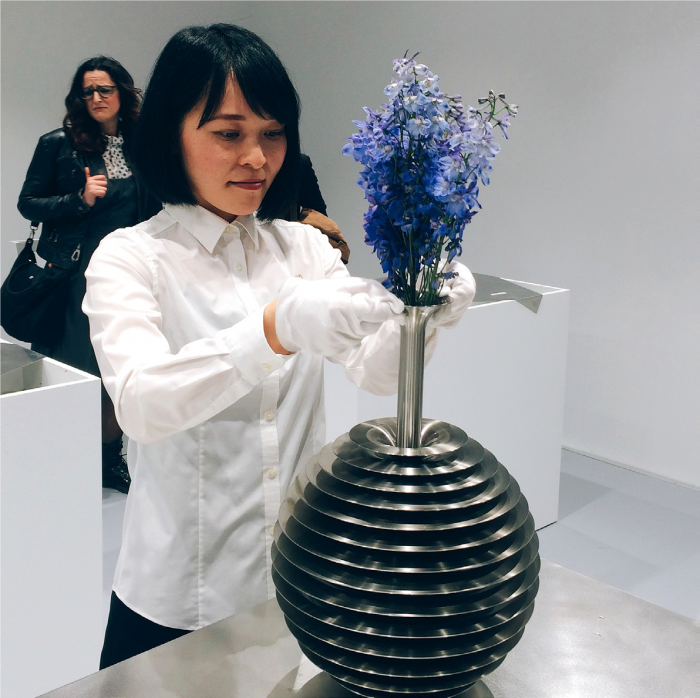 “Other than famous designers, Yokohama Makers Village was a brand that combined delicate metal processing companies in Yokohama, Japan and the design company id inc. The experts and designers with their professional experience collaborated, uniting technologies, crafts, and design to re-established the production processes resulting in astonishing pieces. Flower/Metal, the subject of the exhibition illustrated the brand and spirits appropriately; the hard, cold and sharp images of metal were transformed into soft, cozy usage, the vase. It also represented the chemical effects between the manufacturing industry and design. In each product, they demonstrated the original materials they used and the final products which were a good way to impress visitors.”

“One of my favorite places of the Milan Design Week exhibition was where the Nodus Furniture demonstrated their rugs and furniture. The natural sunlight and the historical architecture offered a fresh atmosphere compared to the normal exhibition – in a room, a building. Following the corridor, enjoying the outdoor weather as well as the art and design pieces at the same time was the most beautiful experience on this trip. Moving the rugs and furniture from indoor to outdoor seems to give new senses for the viewers. In addition, the distance of the products and us was closer – they were not the pieces in the precious glass box anymore. Instead you could stand closer to see the details as well as stand further to see them entirely.” 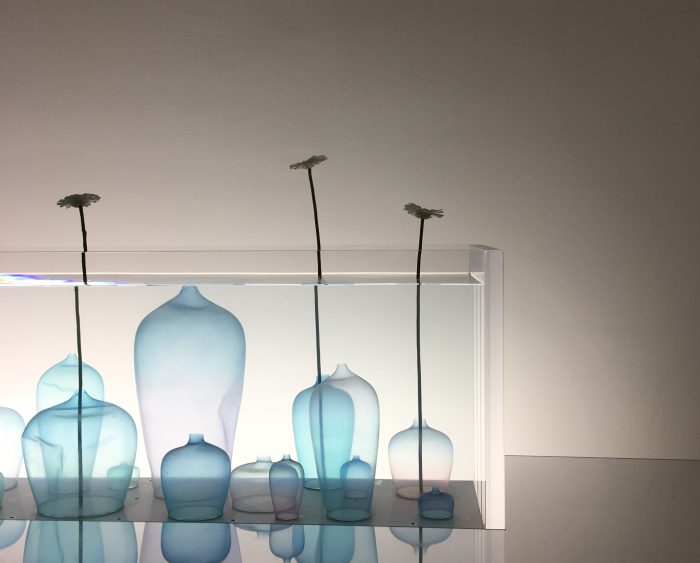 “The exhibition that shocked me most was nendo’s exhibition – Invisible outlines. Nendo claims that people perceive things by sensing their outlines and distinguish the “inside and outside” of these contours. Nendo, which represents the typically minimal and Zen style of Japanese design, keeps blowing people’s minds by bring a unique and creative thinking on the objects and space, art and philosophy, and infuse it into product design with strong functionality and usability. For instance, in the exhibition there was a black closet which was flexible in its size, one movable unit can be pulled out so that the space of the closet is extended.
The most famous Jellyfish vase exhibits the color boundaries between the ultra-thin transparent silicon and water, it breaks the traditional form of vase, developing the elegance of vase in a new environment and comparing it to jellyfish.” 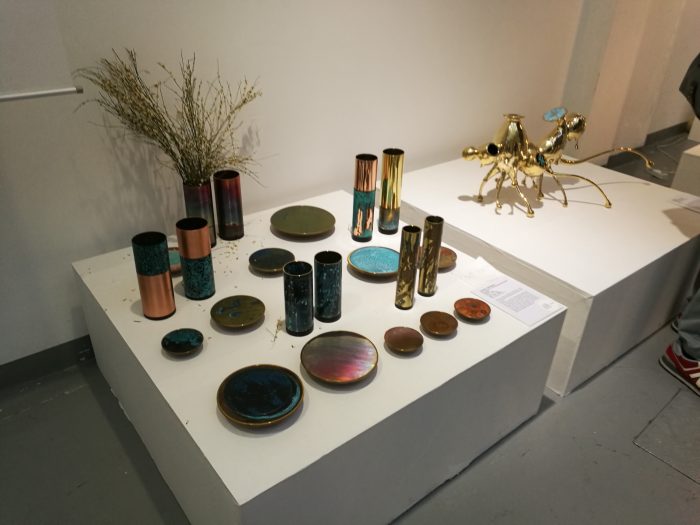 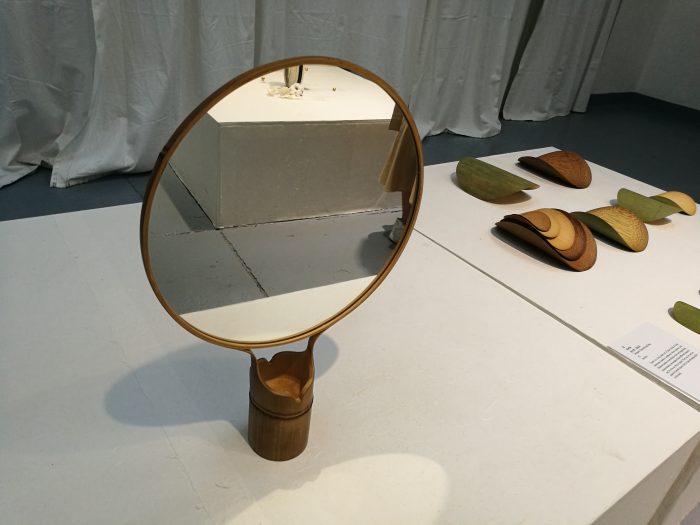 “Another exhibition I liked is called Rong from Hangzhou, China. It plays with traditional materials in China, such as bamboo, silk, mud, copper, paper to create interesting art pieces and products with functionality. It is a pleasure to see the creativity of the new generation of Chinese designers.” 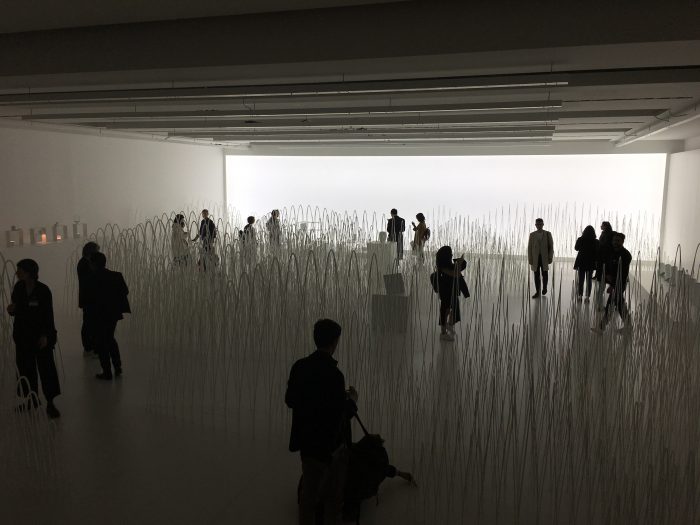